As seen on facebook - for you non-facebookers (is there such a thing?)

Hui-Shan and her husband Chen-Wei are shelter volunteers who were told that they "shouldn't get too attached" when they were tracking stray dog Willy's transfer from one shelter to another. They disagreed. His untraceable microchip held him up in the system for awhile, but they refused to rest until he was officially safe. We're pretty sure they would've camped out on the shelter lawn if they had to to keep this pup on everybody's radar. Their focus and persistence paid off and when he was finally ready to be released, they were ready and waiting to pick him up from the shelter.

Meet BADRAP's newest barn dog! Willy will always have Hui-Shan and Chen-Wei to thank for letting themselves get attached. 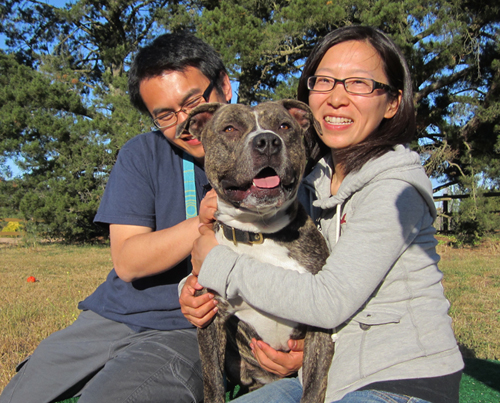