It came in a package all the way from Washington State. A package that smelled sweetly of grilled cheese and love. It was gift wrapped and had her name on it, carefully scripted on a yellow sticky: "Star's Squirrel." It was meant for her - Star! Star!

She stared laser beams at Squirrel, willing him towards her mouth - "Mine! Mine!" - a small bubble of drool gathered at her lip. The last one was stolen from her (Estrella), but not this time. 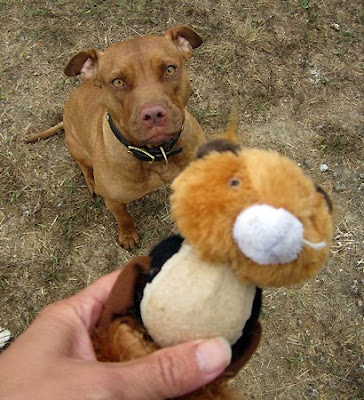 Success. At long last the human released her prize as instructed and it was hers to keep. Star snatched it in a flash and trotted off to a safe corner of the yard, away from the prying eyes of the others. It squeaked - momentarily. She fell into a squirrel trance and all was right with the world. 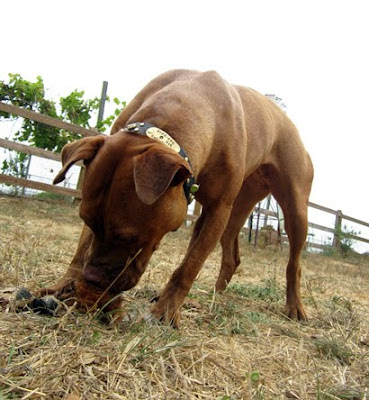 Her quiet focus soon attracted the attention of the others. The puppy thing saddled up slowly and pushed in to her muzzle. "Hey watchu got Star? Huh? ... Can I see it? ... Huh?" Star gruffled softly: "Mine. Grmmm. Mine." Puppy thing snorted and yawned and trotted off to chew on a chair. 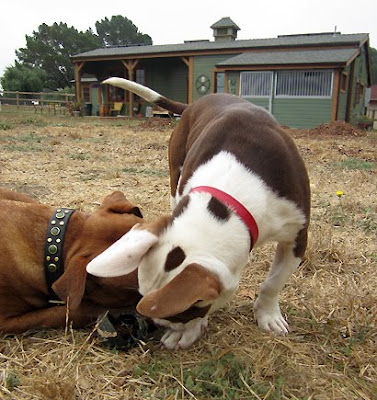 Distracted by bliss, she didn't notice that the big headed boy thing had been watching and waiting. He staked out his prize and when the moment was right, zoomed in and seized Squirrel's soft fuzzy tail. Grrrmm. Rip! Star pretended not to care. 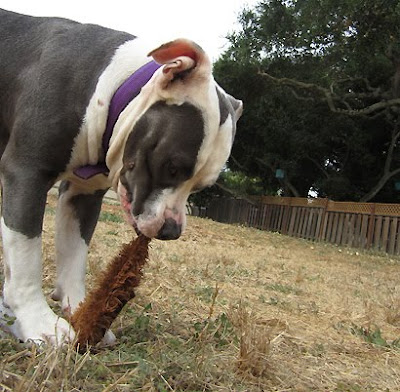 Soon it was time for breakfast and they all ran off, leaving Squirrel by his lonesome to reflect on the day's big adventures.
"Hey! Where is everybody! Where's my tail?" 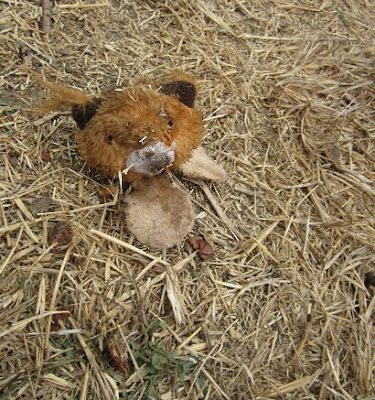 The tall wolfie thing had been lying in wait. He tip-toed over to Squirrel like a slow motion slinky and gingerly lifted him back to his lair - far, far from his rightful owner. "Mine! Mine!" 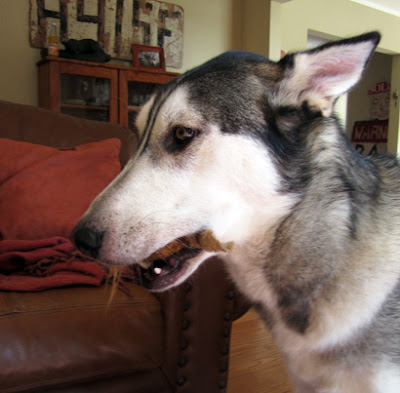 Star's squirrel came in a gift package from Tracey Thompson of WA. What a fun day, thanks to our very thoughtful cyber-friend!
Posted by Donna at 12:38 PM